Skip to Main Content
The Library is now open for students, staff, and faculty of The Claremont Colleges. See COVID-19 Services and Updates for more information. 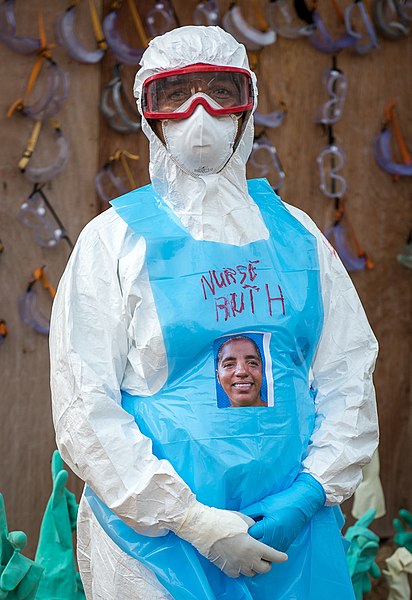 "Ebola virus disease (EVD), formerly known as Ebola hemorrhagic fever, is a severe, often fatal illness affecting humans and other primates...The virus is transmitted to people from wild animals (such as fruit bats, porcupines and non-human primates) and then spreads in the human population through direct contact with the blood, secretions, organs or other bodily fluids of infected people, and with surfaces and materials (e.g. bedding, clothing) contaminated with these fluids....The average EVD case fatality rate is around 50%. Case fatality rates have varied from 25% to 90% in past outbreaks.,,,The first EVD outbreaks occurred in remote villages in Central Africa, near tropical rainforests. The 2014–2016 outbreak in West Africa was the largest and most complex Ebola outbreak since the virus was first discovered in 1976. There were more cases and deaths in this outbreak than all others combined. It also spread between countries, starting in Guinea then moving across land borders to Sierra Leone and Liberia.....It is thought that fruit bats of the Pteropodidae family are natural Ebola virus hosts"