Skip to Main Content
It looks like you're using Internet Explorer 11 or older. This website works best with modern browsers such as the latest versions of Chrome, Firefox, Safari, and Edge. If you continue with this browser, you may see unexpected results.
Library open only to current Claremont Colleges students, faculty, and staff: Tuesday, December 6 - Thursday, December 15.
Exceptions include those visiting Bookstore, Cafe, and Special Collections Appointments. More info on Blackout Dates for Community Access.

Resources For and About DACA and Undocumented Students

“On June 15, 2012, the Secretary of Homeland Security announced that certain people who came to the United States as children and meet several guidelines may request consideration of deferred action for a period of two years, subject to renewal. They are also eligible for work authorization. Deferred action is a use of prosecutorial discretion to defer removal action against an individual for a certain period of time. Deferred action does not provide lawful status.” - Department of Homeland Security 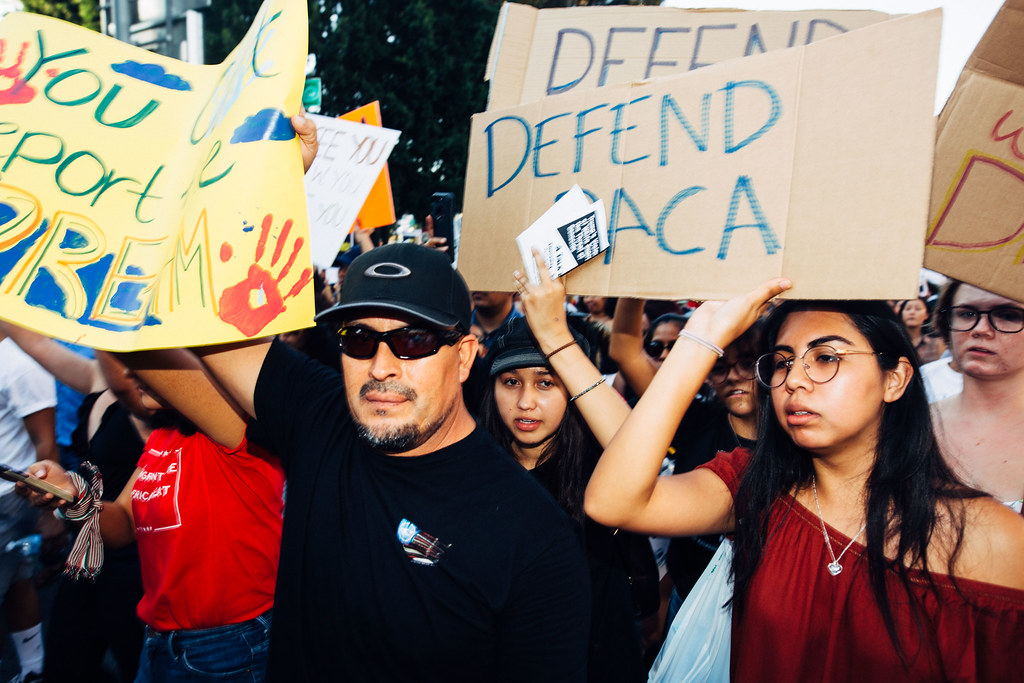 On June 18, 2020, in a 5-4 decision, The Supreme Court ruled that the Trump Administration's decision to end DACA did not comply with the procedural requirements to provide a reasoned explanation for taking this action.

Purpose of this guide

This guide is meant to serve as a starting point and is not meant to be exhaustive. It is our goal to continue its development in response to evolving needs of The Claremont Colleges community.

If you have feedback about this guide or would like to suggest additional resources, please contact Beth Namei or Sarah Pickle, co-chairs of the Library's Dean's Action Committee for Diversity & Inclusivity.